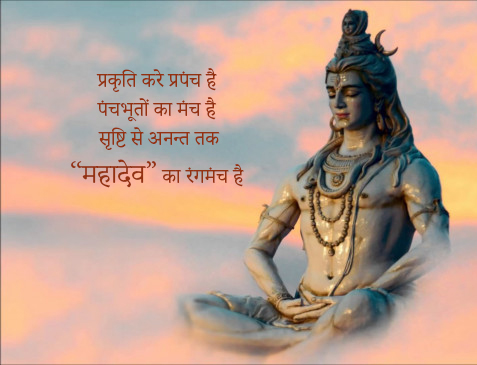 There are no questions for the truest of the devotees, all questions get answers within themselves. However lack of devotion will lead to questions, blabbering and endless discussions. Those who are worried about left and right hand, who are worried about colour of flowers, about lamps, about incense, or who are too much worried about pronunciation are left with these things only. They never enter the next stage. The devotee remains silent because loudness is opposite to devotion. Bhajana and Bhojan are observed with silence for a reason.

When you love God, then nothing else is required. When you love yourself and do prayers with kamna then every prapanca in the books is essential. These prapanca are for tāntrika or for ritualistic observations in kāmya prayoga (desire full approach). Those who observe Sadhna with kamna need to follow each step with prapanca. Mistakes leads to mental disorders immediately. Ṃoorthi are for kāmya prayoga or sometimes for contemplation because once you have God, all ṃoorthi are placed in your heart lotus. The ḍhyān mantras before every prayer are there for a reason. This is for creating the ṃoorthi in heart lotus. For a devotee, the body is the temple where the ḍevthas reside in the heart.

Loud bhajana, questions and discussions are not part of devotion. You question when you have lack of faith. It is not the Pooja that a devotee observes, a true devotee observes sevā. For him God is someone very close, not a far flung high minded entity sitting somewhere in the sky.

Unless you love God, unless you have true devotion you will keep hanging with questions and cacophonies of discussions. Once the desires end and devotion rises, all questions cease to exist. Then all bhajana become silent, all prapanca and paraphernalia cease to exist outside.

Anecdote- Devi does not like prapanca at all. Once a tāntrika who was worshipping Sri Pitambaraye came to meet. He lost consciousness and went to sleep. Devi did not like him though according to him he was a tāntrika devote to devī only. Even Datiya maharaja was totally against tāntrika Pooja. He called for tāntrika Pooja only during Indo China war because that was a kāmya prayoga.

So if you are a true devotee stop blabbering, stop questioning, and be silent. Silence is gold, there is no spiritual discussion because spirituality has nothing to discuss about. Discussions and questions are meant only for those who have lack of faith.

The objects are means to an end (god), don’t live in the foolishness that means are God.